Joseph G. Rosenstein is a Distinguished Professor Emeritus of Mathematics at Rutgers University who retired in 2017 after 48 years of teaching at Rutgers and 3 years at the University of Minnesota.

Joe was born in London UK on February 8, 1941 at the beginning of the Blitz bombing by the Nazis.  His parents had miraculously escaped from Danzig (now Gdansk) just days before Hitler invaded Poland and rounded up the Poles living in Danzig into the first concentration camps.  He spent his first months living in a suitcase in the London Underground. Joe came to the United States with his parents and his sister Karen (now Karen Alkalay-Gut) in 1948 and lived in Rochester, New York, where he graduated from Benjamin Franklin High School in 1957.  He received his A.B. degree from Columbia College in 1961 and his Ph.D. from Cornell University in 1966.  Before coming to Rutgers, he taught at the University of Minnesota for three years.

Joe had a brief chess-playing career, as a teenager getting a draw in a simultaneous exhibition with US Champion Samuel Reshevsky, and subsequently winning the New York State Amateur Championship and serving as Captain of Columbia’s winning team in the U.S. Intercollegiate Championship in 1960.

As a graduate student in 1965, Joe became an early participant in demonstrations against the war in Vietnam, protesting the destruction of both Vietnamese civilians and American soldiers in a misguided attempt to achieve flawed political goals.

During those years, as a way of grounding himself in troubled times, Joe began to study Jewish texts regularly with a number of partners, building on the Jewish background that was established as a youngster and that was strengthened by attending classes at the Jewish Theological Seminary while a student at Columbia.  He maintained chevruta partners, studying and discussing Jewish texts, throughout his adult life.  In New Jersey he taught courses on Judaism for many years at the Highland Park Conservative Temple and other synagogues.

He was a founder of the Highland Park Minyan, still going strong after 50 years, and subsequently was a founder and chair of the National Havurah Committee and its summer Institute, still going strong after almost 40 years.  He taught many courses on Judaism, and led many guided meditations on Jewish prayer, at the Highland Park Minyan and at the NHC’s institute and weekend retreats.

These activities all led to the publication of Jewish prayerbooks – Siddur Eit Ratzon (in 2004) and Machzor Eit Ratzon (in 2010) – and subsequently to Memorable Verses in the Torah (in 2017) and Reflections on Pirkei Avot:  Not Just What My Rebbe Taught Me (in 2022). 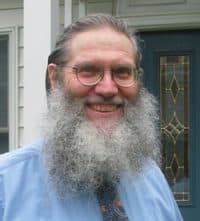 Joe married Judith Eileen Gordon on January 19,1969.  Joe and Judy have five daughters (Mira, Ariela, Dalia, Neshama, and Nessa), and twelve grandchildren, the oldest of whom was born in April 2002 and the youngest in March 2019.

In the research portion of his career, Joe wrote a number of articles on mathematical logic and on what would now be called theoretical computer science, and published a research monograph, Linear Orderings (Academic Press, 1982), in textbook form.

For the past 35 years his focus has been on K-12 mathematics education.  Joe served as Vice-Chair for Undergraduate Education in the Rutgers Mathematics Department for three years and chaired a Rutgers committee that focused on pre-college preparation of Rutgers students.  Through these and other activities, he became aware of the large number of students who, because of their inadequate preparation in mathematics, were essentially locked out of achieving the American dream.  Joe saw the improvement in mathematics education for all students as an appropriate continuation of his political activities in the 1960s, all of which were motivated by the Jewish principle of tikkun olam, of doing one’s part to fix a world that is broken.

Among his major activities have been the following:

Joe directed the Leadership Program in Discrete Mathematics (LPDM) which provided summer institutes for K-12 teachers of mathematics from 1990 to 2009, with funding by NSF from 1990-2002.  Altogether, the LPDM was conducted in 14 states and provided two-week summer institutes for over 60 cohorts with a total of over 1000 teachers; many attended additional institutes in the subsequent summers.  Valerie DeBellis was the Associate Director of the LPDM, followed by Janice Kowalczyk.

An early outgrowth of the LPDM was the publication by Joseph Rosenstein of the book, Discrete Mathematics in the Schools, published jointly in 1997 by the American Mathematical Society and the National Council of Teachers of Mathematics.

Together with Valerie DeBellis, Eric Hart, and Margaret Kenney, Rosenstein co-authored two volumes entitled Navigating through Discrete Mathematics K-12, the first primarily for K-5 teachers (published in 2009) and the second primarily for 6-12 teachers (published in 2008). These volumes were part of a series of volumes published by the National Council of Teachers of Mathematics (NCTM) to help teachers “navigate” through its mathematics standards (“Principles and Standards for School Mathematics”).

Together with Valerie DeBellis, he co-authored Making Math Engaging: Discrete Mathematics for K-8 Teachers that was used in college courses for prospective K-8 teachers.  That book was substantially expanded, revised, and refocused into Problem Solving and Reasoning with Discrete Mathematics.