On the one hand …

Everyone seems to agree that it is important that students go beyond the basics, that as a result of taking courses in mathematics they should acquire skills in reasoning and problem solving, that they should come to understand the important role that mathematics plays in modeling and shaping their world.

The question is, “How should they achieve these skills and understandings?”

While it is possible that they can become expert problem solvers and reasoners as a result of taking traditional math topics, it is unfortunately not likely that this will happen because many teachers have become accustomed to teach traditional topics in the traditional way and will continue to do so, no matter what the national standards say.

From that perspective, Problem Solving and Reasoning with Discrete Mathematics is designed to help schools achieve the CCSS goals of improving students’ problem solving, reasoning, and modeling skills.

That is one side of the balance beam in the website’s icon. Problem Solving and Reasoning with Discrete Mathematics can help teachers achieve these important goals of the standards.

On the other hand …

The other side of the balance beam is based on the conclusion, shared by many math educators, that the current math standards are inappropriate for all students. The idea that all students should learn the content of Algebra 2 is simply absurd. As a result, despite the claims made by supporters of the standards, the CCSS is not providing students with the math that they will need for college, career, or citizenship. It is simply trying to prepare all students for calculus, a subject that most students will not need.

When the New Jersey Commissioner of Education tried to institute a statewide Algebra 2 exam, I testified before the legislature’s joint education committee. I asked the legislators, “What is 64 to the two-thirds pow er?” They quickly apprehended that this basic fact of Algebra 2 was not something that was needed by all students and, perhaps as a result, the proposal was quietly tabled.

Why did they do that? Because of their slavish adherence to the false assessment of American mathematics education as “a mile wide and an inch deep” and the false conclusion that American students fall far behind their counterparts in other countries.

Since the international assessments only assess topics common to the curricula of all countries, of course our students will do worse on those topics than students who spend all of their time on those topics. Rather than accepting the claim that our curriculum is too broad, we should be arguing that the curricula of other countries are too narrow.

Has it been shown that engaging in discrete mathematics facilitates the improvement of problem solving and reasoning for all students? No. Indeed, no studies have been done that support the conclusion that any particular approach works.

However, New Jersey’s state mathematics standards included topics in discrete mathematics from 1996 until 2008, (when its state Board of Education surrendered to the CCSS tidal wave) and New Jersey consistently scored among the top states on the math portion of the National Assessment of Educational Progress. (Indeed, if diversity of states’ population had been taken into consideration, New Jersey would have been considered first in the nation.) Perhaps the presence of discrete mathematics in the standards played a role in New Jersey’s success. 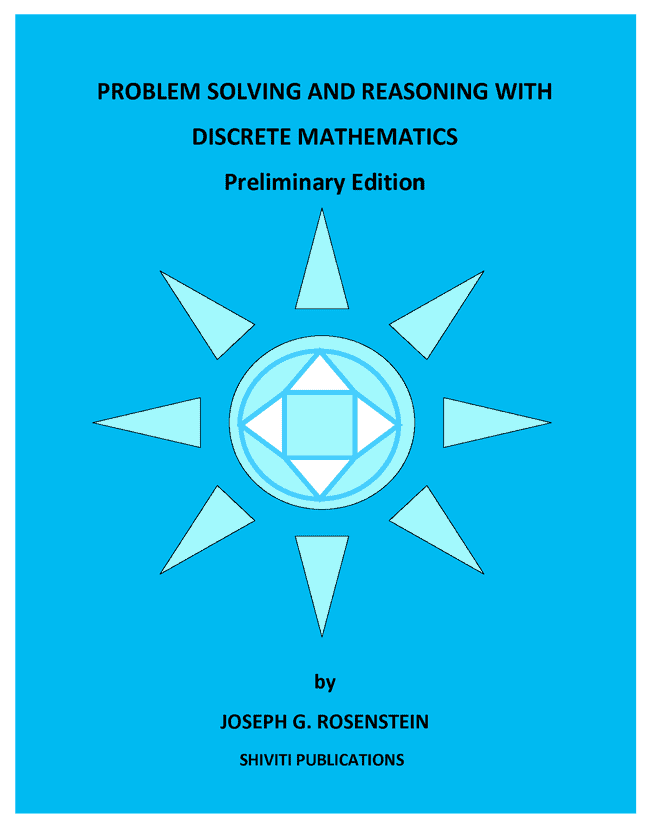 Copies of this book are no longer available, but I hope to print additional copies soon.  Email me and I will notify you when copies are again available.